• modeled in clay, cast in plaster 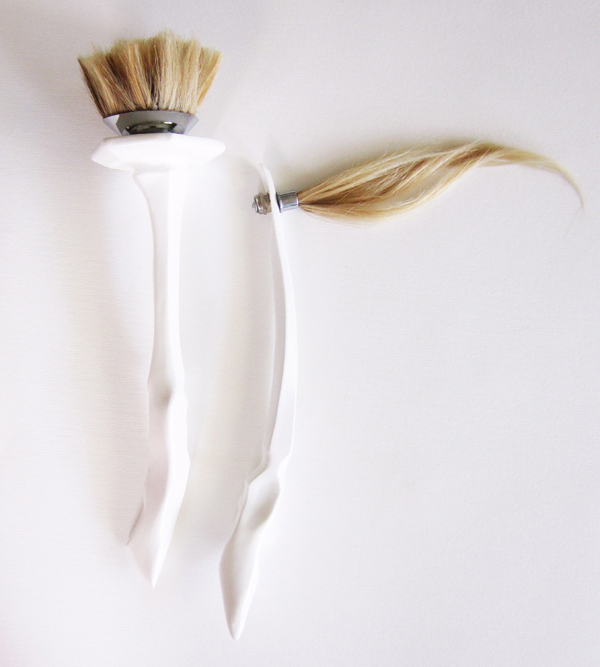 Sculpture modeled after decorative figures from XIX century, which depicts servants from Middle East, Africa and India = type of colonial souvenirs = in posture with hand raised up, by which hold the plate, lamp or torch, with the index finger pointed upwards – hand gesture which ISIS is using as a symbol and when saluting.

The sculptures setting contains two brushes, one of which is used to calm the nerves by fondling, and the other is modeled like fly-whisk, which Tibetan Buddhists use for flicking away insects during meditation - a symbol for protection through non-harming principles.

On the nearby plate is a written sentence “What you are I once was what I am you will become” in Arabic, warning of how capitalism systematically demolishes world orders, country by country.